What’s on the Airwaves: The Latest on Satellite Radio 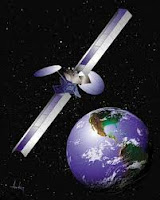 In 1997, the Federal Communications Commission gave two companies, Sirius and XM, approval to begin satellite radio broadcasting. Four years later, in 2001, satellite radio came on the scene with lots of fanfare, but what is happening today? The big development is that there is only one satellite radio company today. Sirius and XM each paid more than $80 million for their license. The debt was too great for each company to carry on their own, so they merged into one. SiriusXM Radio, Inc. was born in July of 2008 and today is the only satellite radio company in the United States. The company offers more than 230 channels comprised of commercial-free music, sports, talk shows, news stations, and provides local weather and traffic updates.
The primary source of revenue for SiriusXM is the subscription fee paid on an annual, semi-annual, quarterly or monthly basis for listeners receiving the service. In addition, revenue comes from activation fees, advertising on select non-music channels, the direct sale of satellite radios and accessories, and from fees it charges to provide local weather and traffic.
There’s a unique relationship between Sirius and the automobile industry. In the first quarter of 2011, the Mad Money Fund reported that SiriusXM had a 60 percent penetration rate in the new car market and of those who bought cars, and about 46 percent continued to use SiriusXM after the trial period expired. So SiriusXM depends on car sales to keep subscriptions up. That’s why it’s starting to reach into the used-car market where car sales are increasing.
That dependence on subscriptions may be one of the company’s biggest obstacles, however, especially in a lean economy. In 2009, Arbitron did a study showing that more than 32 million adult listeners tuned in to SiriusXM on a weekly basis. Today, industry analysts believe that number is more like 20 million. They site other hindrances to its growth to be:

But, here’s what we know about those who are loyal SiriusXM subscribers. According to Arbitron, they spend two hours and 45 minutes a day in their cars, and during that time they spend 71 percent of their time listening to SiriusXM. They are also highly educated, with 56 percent of listeners graduating from college or having advanced degrees. And, they are affluent, with 24 percent of listeners having household incomes of $150,000 or more.
These listeners are interested in specific programming and SiriusXM Radio’s relationships with an array of personalities and artists, from shock jock Howard Stern, to the very conservative Fox News Talk, with financial news from Bloomberg Radio, health news from Doctor Radio, lifestyle programming from Martha Stewart Living Radio, and lots of sports. For the sports fan, SiriusXM Radio is the Official Satellite Radio Partner of the NFL, Major League Baseball NASCAR, NBA, NHL, PGA Tour, and major college sports.
This type of niche programming is one of satellite radio’s biggest strengths, where listeners can get exactly the programming they are looking for and people who get placements can get to the exact audience they are looking to reach. What is unknown, however, is just how large that audience is on each channel. That’s something that advertisers and others want satellite radio to provide, but thus far have not been able to get SiriusXM to let out of the vault.
Today, the future of satellite radio is uncertain. The National Association of Broadcasters predicts that the government’s green light to commercial radio stations to broadcast digital signals could spell trouble for satellite radio. Since there are no monthly fees, and no installation or maintenance costs, it is attractive in this sagging economy.